Paired at a songwriting retreat in Sweden, Welshman David Llewellyn and Swedish Ida Kristin were presented with an afternoon to write a song about a couple sitting in a coffee shop, and discovered a magical connection that has transformed into a finely honed acoustic duo. The spark kindled by this fortuitous collaboration uniting these two acclaimed solo artists, has resulted in the release of their debut folk album, Songs Around The Kitchen Table – a beguiling toe-to-toe recording, infused with tenderness and intimacy.

“The moment we started collaborating, it was our minds meeting our souls; exhilarating, familiar and challenging all at once. We’re pretty strong-minded people, but we’ve let our hearts lead on this one. We both knew in our gut that we wanted to follow what was unfolding, and because neither of us are that tied to the rigors of genre, we could be open and perceptive to each other’s creative ideas”.

David and Ida each bring a successful and intriguing lineage to their duo partnership. São Paulo, Brazil born Swedish singer-songwriter Ida Kristin has written and recorded two critically acclaimed solo albums. Her debut, Stumble, was released on V2 records (Virgin) in 2001, after being signed up after her very first gig. The title track was featured in the movie Capricciosa, and Stumble also includes a duet with Ryan Adams, Love Is How We Stay Alive. In 2005, Ida issued the exploratory follow-up album Comoção  and was the finalist in ISC (International Songwriting Competition) with judges amongst others Loretta Lynn and Tom Waits. Nashville-based Welsh folk singer David Llewellyn's self-titled debut CD was released in the US on DabHand Records in 2004 and quickly gained top 10 radio plays on the Folk DJ charts. It has proved a fast seller at gigs and house concerts around the US and back home, with tours in Wales, Ireland and the UK. In addition, David was a Grand Prize Winner of the prestigious 2008 International John Lennon Songwriting Contest with his song Take Us Down - a loving tip of the hat to his upbringing in the coal mining valleys of South Wales - and he is also a winner of the Kerrville Folk Festival "New Folk" Competition.

Although living on either side of the Atlantic has its challenges, it also brings big advantages. “We let the music develop in its own time, one songwriting trip at a time, one gig at a time, and we took our time with the record”. The romantic veil of distance is reflected in one of the album’s highlights, This Morning Blues - an emotional centerpiece of parting lovers after a short but profound love story. The co-write started online and was finished during a hectic trip to Stockholm after which David missed his flight back to the US.

In keeping with the organic flow of their creativity, Ida and David began to explore their music live at festivals and concerts as far a field as Copenhagen and Louisiana, Chicago and Cardiff, engaging audiences with their intimate and in-the-moment musicality and playful in between song banter. Their individual talents as singers and guitar players made the shows captivating with Ida and David blurring the lines between lead and supportive roles to create an intriguingly diverse concert experience.

The musical journey was taking flight, and creating a demand for an album of their work. Visits to David’s Nashville home and studio were particularly productive and suggested the album’s name. “We would have relaxed evenings around the kitchen table playing songs to each other” David says, and from those sessions comes the body of work on Songs Around The Kitchen Table.

Ida and David captured their synergy the only way possible—by setting up a few mics and performing their repertoire on the spot. “We did one pass of ‘Feeling Groovy’ and just felt it captured how we listen and follow each other in real time. That became the basis of the CD”, David explains. Mick Fleetwood once said; “I play a touch early, John plays late. We meet up somewhere in the middle.” The same must be true here. Sometimes it just clicks.

The 11-song album is sparsely scored with a mixture of dual lead vocals, solo lead vocals, innovative harmonies, and two acoustic guitars supporting one another. Talented musician friends from around Nashville, such as Robin Ruddy on dobro, Catherine Styron Marx on piano and John Mock on whistle/accord joined in adding subtle flavors, and the CD was born. More highlights on the debut are Just Surrender - about throwing up your arms and just saying ‘yes’ to life and love - and the delightful Only God Knows, which asks the big questions; “why’s this world in our safe keeping” and “why does ice cream melt so soon”? Songs Around The Kitchen Table also features the first song Ida and David ever wrote together for the assignment during that initial 2008 songwriting’s retreat, Coffee Shop Song.

The making of the album unearthed complimentary talents. David is a gifted songwriter, schooled in the traditionalism of the Austin and Nashville music scenes. Ida’s approach to songwriting is more free spirited. “Ida is fearless as a songwriter. I have studied a lot of books and attended a lot of songwriting seminars, but this process really opened me up,” David reveals. Ida adds: “Living in Nashville and hanging out with David and the community there, I feel that I’ve soaked up some of the craft and understanding of songwriting for sure”. Another essential outcome of the collaboration has been providing an atmosphere where David could finally explore vocal harmonizing. A skill he had longed for but felt blocked. “It’s something I’ve tried my whole life, but would for some reason always freeze up,” David confides. “With Ida however, I felt like I could try anything, and one day in the car I started harmonizing to Emmylou Harris’s song ‘Boulder to Birmingham’. It was like wow, I can finally do this!” Together, they’ve merged their creative processes to create invigorating acoustic-based music.

“The process of making this album brought me back to the purity of music,” Ida says, reflecting back on the past six years. David continues: “There is a distinct, clear ‘magic something’ that happens, whether writing, recording, or performing together live. This is all about doing what feels right. 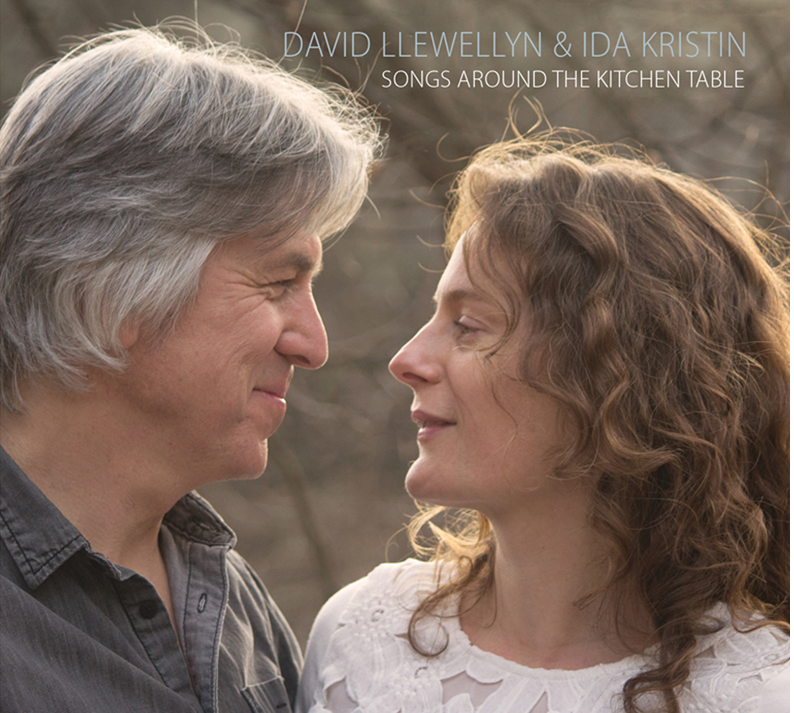